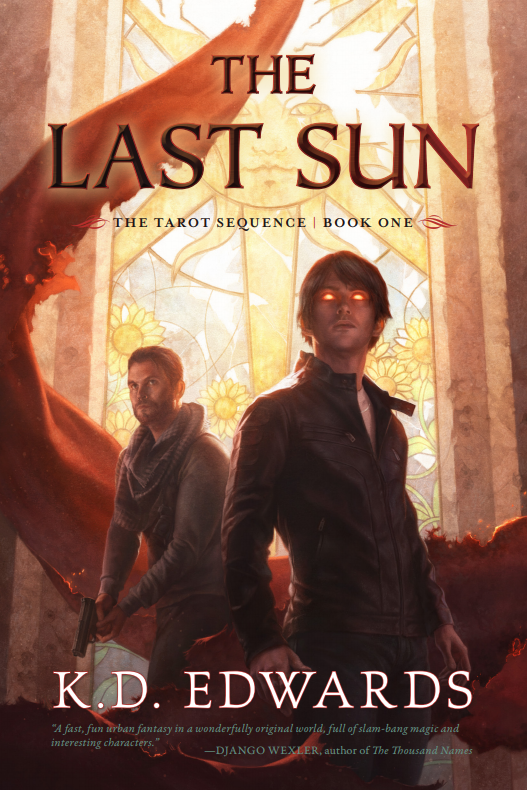 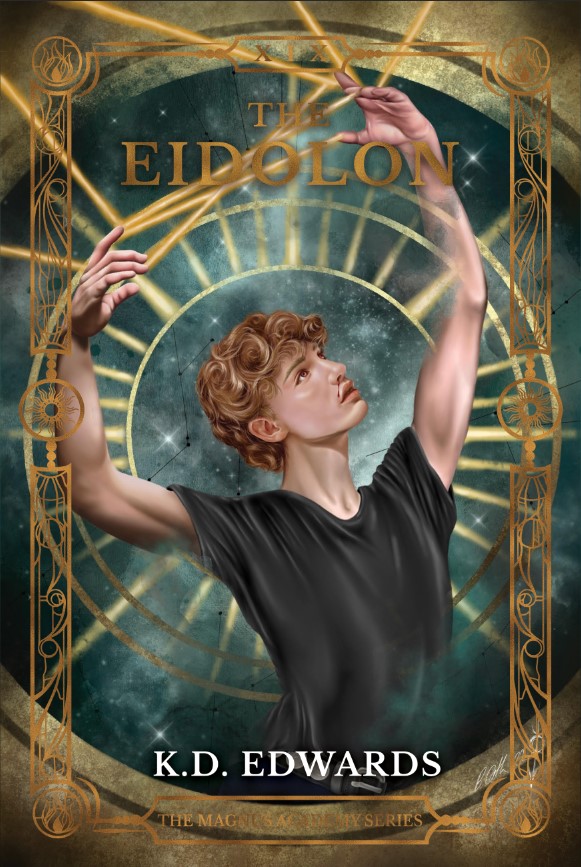 The Encyclopedia of New Atlantis

Informational entries on the Arcana, Worldbuilding, Content Warnings, and more

In this debut novel and series starter, the last member of a murdered House searches for a missing nobleman, and uncovers clues about his own tortured past. Rune Saint John, last child of the fallen Sun Court, is hired to search for Lady Judgment’s missing son, Addam, on New Atlantis, the island city where the Atlanteans moved after ordinary humans destroyed their original home. With his companion and bodyguard, Brand, he questions Addam’s relatives and business contacts through the highest ranks of the nobles of New Atlantis. But as they investigate, they uncover more than a missing man: a legendary creature connected to the secret of the massacre of Rune’s Court. In looking for Addam, can Rune find the truth behind his family’s death and the torments of his past?

In an effort to more fully integrate their ward Max into the family, Rune and Brand endeavor to find Equinox gifts for the teenager. Their gift plans are shaped by Quinn, the teenager seer, who orchestrates a shopping expedition into the Worcester Galleria, a translocated mall magically-preserved as it was in the early 1980s. With the help of the Principality, Ciaran, and Rune’s new boyfriend, Addam, they find that the mall has taken on an unexpected life of its own.

The last member of a murdered House tries to protect his ward from forced marriage to a monster while uncovering clues to his own tortured past. The Tarot Sequence imagines a modern-day Atlantis off the coast of Massachusetts, governed by powerful Courts based on the traditional Tarot deck. Rune Saint John, last child of the fallen Sun Throne, is backed into a fight of high court magic and political appetites in a desperate bid to protect his ward, Max, from a forced marital alliance with the Hanged Man. Rune’s resistance will take him to the island’s dankest corners, including a red light district made of moored ghost ships; a surreal skyscraper farm; and the floor of the ruling Convocation, where a gathering of Arcana will change Rune’s life forever.

The events in Scenes from Quarantine take place after The Hanged Man and prior to The Hourglass Throne. The story was released serially during the 2020 Covid-19 lockdown, from March 27th to July 13th.

Scenes from the Holidays

The Great Atlantean Battle Royalchemy follows Rune, Brand, Addam, and Max as they investigate a threat to peace among the ruling Arcana, all while Rune serves as a celebrity judge for an Atlantean alchemy competition.

As Rune Saint John grapples with the challenges of assuming the Sun Throne, a powerful barrier appears around New Atlantis’s famed rejuvenation center. But who could have created such formidable magic . . . what do they want from the immortality clinic . . . and what remains of the dozens trapped inside?
Though Rune and his lifelong bodyguard Brand are tasked with investigating the mysterious barrier, Rune is also busy settling into his new life at court. Claiming his father’s throne has irrevocably thrown him into the precarious world of political deception, and he must secure relationships with newfound allies in time to keep his growing found family safe. His relationship with his lover, Addam Saint Nicholas, raises additional political complications they must navigate. But he and Brand soon discover that the power behind the barrier holds a much more insidious, far-reaching threat to his family, to his people, and to the world.
Now, the rulers of New Atlantis must confront an enemy both new and ancient as the flow of time itself is drawn into the conflict. And as Rune finds himself inexorably drawn back to the fall of his father’s court and his own torture at the hands of masked conspirators, the secrets that he has long guarded will be dragged into the light—changing the Sun Throne, and New Atlantis, forever.

In the epic conclusion to K.D. Edwards’ first blockbuster trilogy in The Tarot Sequence series, readers followed Rune on a race against time as an age-old threat rose to threaten the city of New Atlantis. Now, for the first time, The Eidolon tells what really happened to Max, Quinn, and Anna as prisoners in the Hourglass Throne’s base of operation.